One day I was walking past my local Watestones and a book cover caught my eye so enticingly that I had to go in and take a look. I read the blurb and knew I had to buy it there and then. That book was actually ‘Chosen‘ by Benedict Jacka, the fourth book in the Alex Verus series, and it wasn’t until I went to read it that I realised it was not in fact a standalone. Still, the beginning of the series promised all that urban-fantasy goodness I’m a big fan of.

So I got myself a copy of ‘Fated‘. And waited until I was prepared to invest in another lengthy series.

The story in ‘Fated’ follows Alex Verus; a probability mage who sees the future and is reluctantly thrown into a conflict between opposing magical parties who all want his powers on their side. Classic reluctant hero plot. What I liked about this one was that our protagonist had effective limitations placed on him. I was a little concerned that if the main character – the narrating character – could see everything before it even happened then it might make the book read a little flat. Thankfully it becomes very clear that knowing a possible outcome is not the same as knowing the exact outcome, and that knowing the exact outcome is not the same as being able to prevent it. There are times when Alex’ clairvoyance gives him a ridiculous advantage. There are times when his powers aren’t a bit of help. I was glad to see that the book had a mixture of the two.

In terms of writing, this one had a very easy to read style. Alex’ voice is quite matter-of-fact so even when faced with heavier topics the overall tone has a sort of aloof feeling to it. Whether or not that’s to your taste is all about perspective. Personally it didn’t bother me. Something that did bother me was what a sharp contrast Alex’ removed demeanour had with that of his ‘would-be-apprentice’, Luna.

Luna is under a curse which grants bad luck to anybody around her. Because of this, she is described as having learned to distance herself from the world and be self-reliant. Yet for some reason shortly into the book Luna begins to swing wildly all over the emotional spectrum in a way that just feels inconsistent. One minute she’s having a breakdown, the next she has an iron will, the next she’s a damsel in distress. I’m more than happy to read my female characters with a range of emotions. I’m less than happy to see them emote seemingly at random. While I think that Jacka was trying to show us some kind of transition in her character, I don’t think that as a reader we really had the time to get to know her before these changes to make them feel meaningful.

What I can safely say about ‘Fated’ is that it’s author had big plans for it. That is to say that Jacka clearly had a lot he wanted to get across in the space of a fairly short book. I think that a slightly higher word count allocated to a little extra exposition would have made a big difference to how much I enjoyed this book in general. As you read it you can feel that there is a lot going on. The world has it’s own factions. It’s own magical system. A host of minor characters. Even it’s own games. But not much of that got the time to really be explored. It is for this reason that although I couldn’t give ‘Fated’ a high rating on it’s own, I’m still planning on reading other books in this series. Jacka’s world has so much potential and I think that the subsequent books should give him ample time to achieve it.

Here to post about books, life, and whatever strikes my fancy. View all posts by EmiBlogsBooks

Nice to meet you 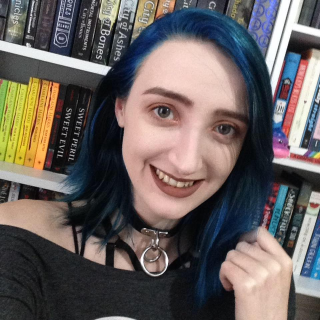 Here to post about books, life, and whatever strikes my fancy.